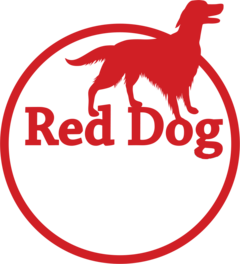 CALL US
Return to Main Menu

The True Adventures of G.K. - Gerard "Rod" Keller
or
A Lesson in the Art of Hospitality

Not just anyone can become "The Host to Most of New Jersey." In order to earn that title, you need to be a master of hospitality, a brilliant entrepreneur, a pillar of the community, the life of the party and a very special man. In other words, you need to be G.K. Gerard "Rod' Keller, also known as G.K., opened the original "Rod's" in West Orange in 1936 with just $500, as America was shaking itself loose from the Great Depression. He sold nickel beer and his legendary sliced tenderloin for 75 cents. Of course, the food was delicious, with generous portions always cooked to perfection. But what kept people coming back was the hospitality of G.K. himself. G.K. Was one of those people who knew how to make an impression. With his larger-than-life personality, you'd find him holding court at Rod's every night - including weekends - dressed to the nines, right down to his signature black and white shoes.

G.K. was also an avid collector of antiques, so when the time came to launch his next restaurant - Rod's 1890's Ranch House, he had a brilliant idea to make it stand out. He purchased and restored two turn of the century Pullman Parlour Cars, and made them the centerpiece of the restaurant. Simply put, it was a spectacular success. Rod's 1890's Ranch House quickly became a New Jersey icon. In 1998, the establishment underwent a complete renovation and reinvention. The result: a legendary steakhouse for the new millennium - Rod's Steak and Seafood Grille - winner of the prestigious Five Star Diamond Award from The American Academy of Hospitality Sciences.

Over the years, G.K.'s gift for hospitality and world-class food led to the openings of several other beloved New Jersey establishments, including Rod's Shadowbrook in Shrewsbury, The Acres in Whippany and Rosie O'Grady's in Eatontown.

The secret to G.K.'s success was simple. He knew how to make everybody around him feel warm, welcome and happy. His philosophy was "Make people feel special, and they'll keep coming back." And for more than 40 years, with multiple establishments throughout New Jersey, that's exactly what he did. As we celebrate our 75th year in business, the loving family of G.K. - including his seven children, 33 grandchildren and more than 42 great grandchildren - is proud to give new life to the original Rod's Ranch House as we dedicate GK's Red Dog Tavern to our dad...Gerard "Rod" Keller, aka G.K.